This warning has popped up on my news feed several times today, written by someone whose name I am going to withhold for his protection.  Let’s take a look at the claims he’s making, shall we? Information in blockquotes is exactly as posted on Facebook, with no edits made by me except to break it up into investigatable chunks.

SERIOUS WARNING: I want to warn you all about this Pokemon Go app that is all the rage right now.. If you know me at all, you know that I have the inside scoop of what is going on with technology on pretty high levels…

That’s certainly debatable, based on what we’re about to see.

Well, you are familiar with the Google Street View car that drives around and takes 360 degree video and uploads it to google maps for the world to see, etc..

Let me just stop you right there. First, I must insist that the Google Street View car is emphatically not a privacy risk. The car does not enter private property or take images of anything that is not 100% completely public, visible from the street by any driver or passenger. Second, the Street View car doesn’t take video. It takes 360-degree still photos at regular intervals. You may think this is just splitting hairs, but it’s actually quite an important distinction: while you could conceivably discover private information about a person from a video of their actions, a still image provides no personally identifiable information that could not be gleaned by a driver’s glimpse as he passes by.

This Pokemon Go app is a miniature version of the google street video car, and it has you all going around taking videos of inside your house, your yard, and everywhere else you go,

…a function that you can turn off using a switch in the top right hand corner of every screen.

and UPLOADING IT TO THE GOOGLE MAPPING SYSTEM PERMANENTLY..

This is patently untrue. If you have the “AR” switch turned on, the images are not only not sent to the server, they’re actually not even saved to your device. This can be debunked by anyone who checks the app’s data usage (a simple function for anyone with an Android phone); the data usage is far, far too low to be uploading images.

In addition, though Niantic (the developer of Pokémon Go) was once a subsidiary of Google, they were sold by the company last year as a part of their restructuring.

The game even makes you pan your camera around to get the full panorama of the area, which is also tied to the GPS coordinates of that location..

Again, during investigations of the app by outside programmers, it was discovered that images are not even saved to the phone, much less uploaded to any server.

You are all unknowingly uploading video of your most private property right into the new world order NSA database..

This is hilarious. Video uploads are a VERY slow and data-intensive process; just try uploading a 30-second YouTube video. That act takes about five minutes over an LTE connection. If the app isn’t uploading photos (which, again, it’s quite apparent it is not), it certainly isn’t uploading video.

I’m not even going to touch the “new world order NSA database” thing, or the fact that this guy has been ending every sentence with a double period for some reason, or the fact that he used the phrase “all the rage” at the beginning, which basically indicates that he doesn’t have any understanding of current culture or technology at all.

So don’t let anybody play the game in your house or anywhere on your property..

And don’t forget your tinfoil hats.

The bottom line is, people are going to be scared anytime an app or game makes a big splash in the world. But in this case, it’s actually gathering less information on you than Facebook is. So don’t take the word of one simple person about how terrible something could be. Check multiple sources and make sure that they aren’t saying something in a vacuum. And don’t forget to try and understand something before you think it’s an evil plot to take over the world.

As for Pokémon Go? It’s getting people outside. They’re hanging out together, interacting with strangers positively, and being courteous to each other. The game is a great example of how technology can improve us as human beings. Let’s not be so quick to tear it down. 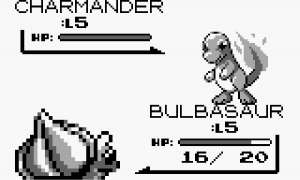